Git refresher: Getting started with Git and GitHub

Getting started with Git and GitHub

What you need to know

CodeRefinery workshops are geared towards researchers and students from different disciplines who already write some sort of code. The material is suitable for people with a wide range of technical experience, but it helps if participants have:

It is easy to create repositories in Git:

This creates an empty Git repository (a directory .git is created).

A useful Git command which should be used often is:

It tells you the status of files in your repository, and often suggests a logical next step to do.

To make a commit, you first do the changes you want to a file, and then stage and commit it with a commit message:

The file my-file.txt is now tracked by Git.

If you now do further changes to my-file.txt, a useful command to see how your modified file differs from the last committed version is:

All the Git commands above are local, and all snapshots are saved under .git. To store your Git repository on another server, you use remotes. You can push changes to the remote and pull from the remote. Remotes are used to back up your own work and to collaborate with other people.

One option to host your repository on the web is GitHub. CodeRefinery does not in any way endorse the use of GitHub, and there are many commercial and open-source alternatives, but in CodeRefinery workshops we use GitHub because you are likely to have to use it for other software anyway.

Create a new repository on GitHub

On this page choose a project name (screenshot).

For the current purposes do not select “Initialize this repository with a README”. 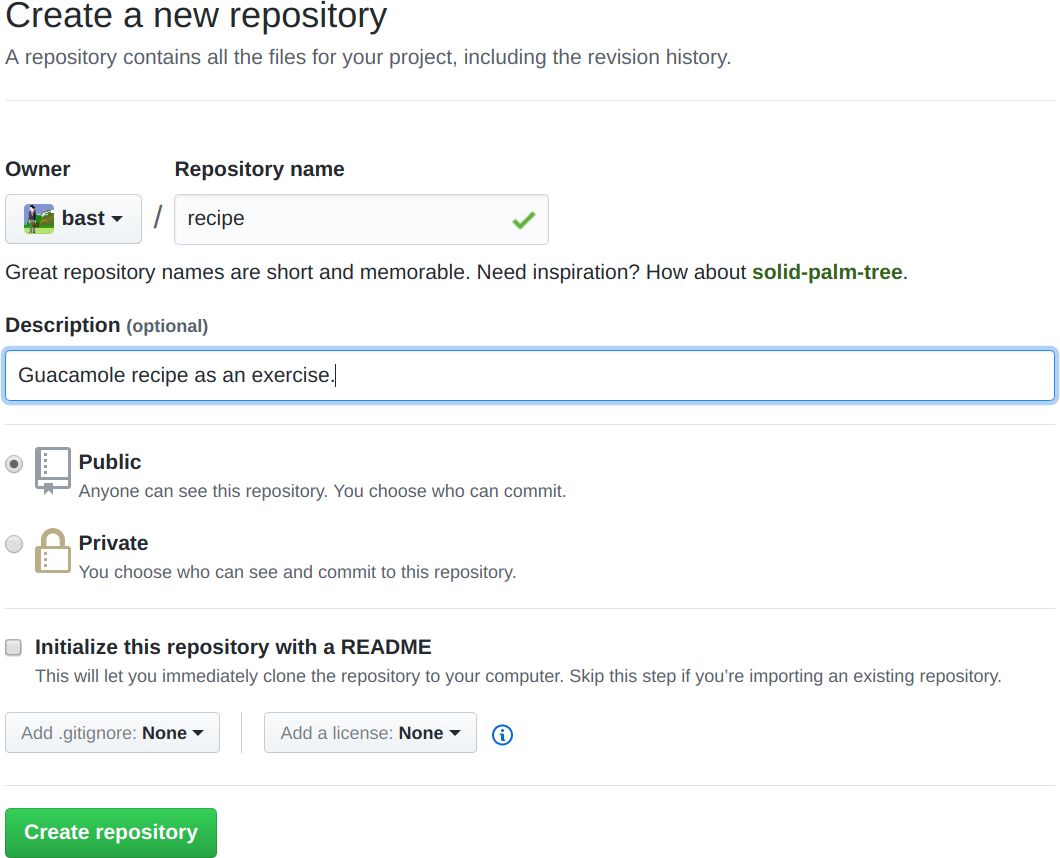 Once you click the green “Create repository”, you will see a page similar to: 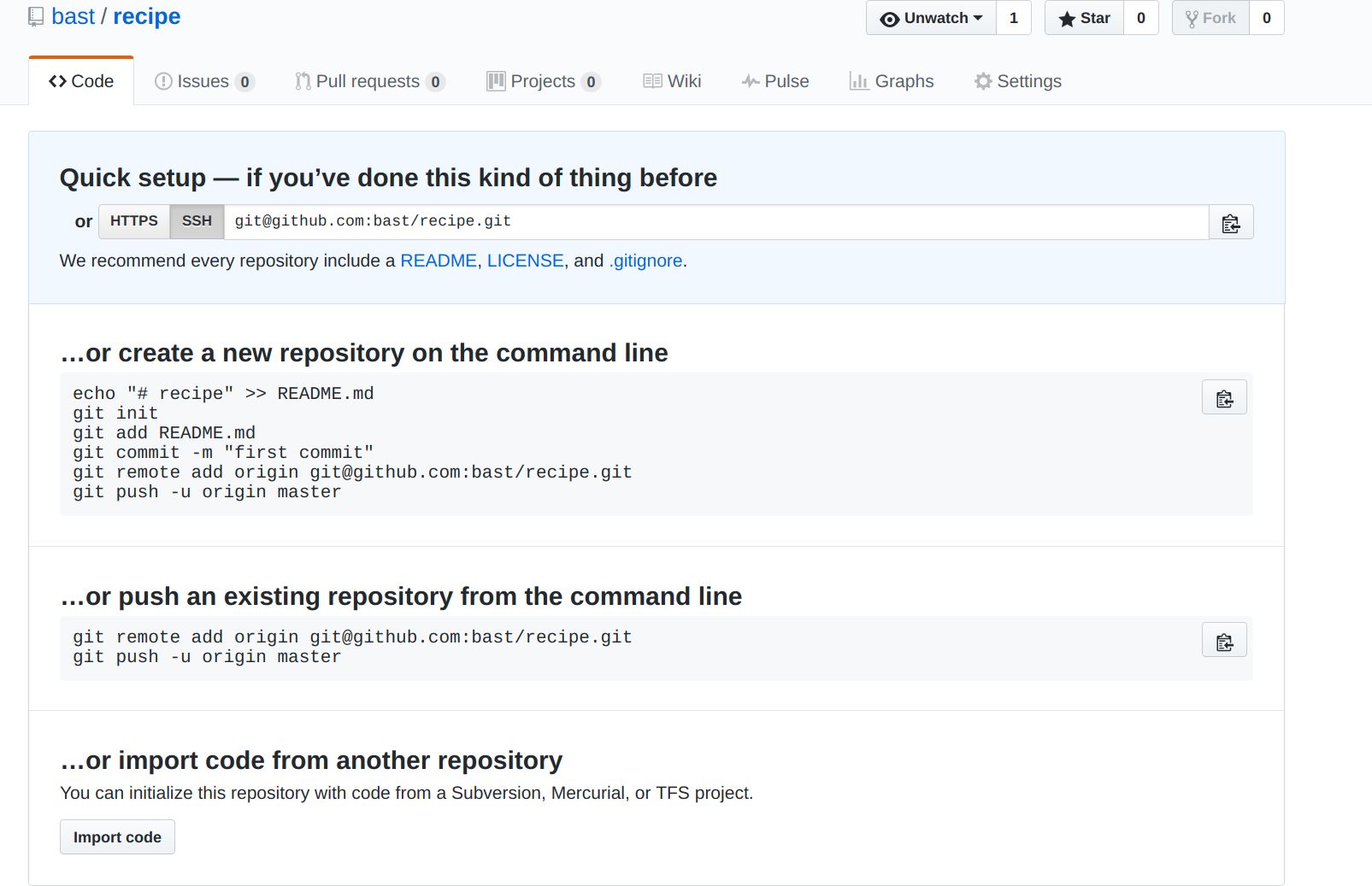 What this means is that we have now an empty project with either an HTTPS or an SSH address: click on the HTTPS and SSH buttons to see what happens.

To push changes to the project you will either need SSH keys for the SSH address (preferred) or you will have to use your GitHub username and password when using the HTTPS address.
Use the second option that GitHub suggests:

… or push an existing repository from the command line

Your commits should now be online.

Explore an existing repository on GitHub

Here we invite you to explore and visualize an existing Git repository on GitHub.

Have a look at this example repository which contains a few commits and branches with some simple code.

While some of these are GitHub features, it all can be done on other sites, or by yourself without GitHub at all.